On May 30, Phase 1 of Reinventing Metro rolled out with 10 routes seeing major improvements that will make using public transportation easier and more convenient. Ahead of the Phase 1 implementation, Metro hosted virtual community meetings and invited riders to participate in an online survey to share their feedback on proposed improvements for each route. The final Phase 1 improvements reflect the feedback and suggestions made by the public during those meetings and via customer surveys.

Metro will host a public meeting regarding December service changes on October 21 at 5 p.m.

The public can complete a feedback survey HERE. 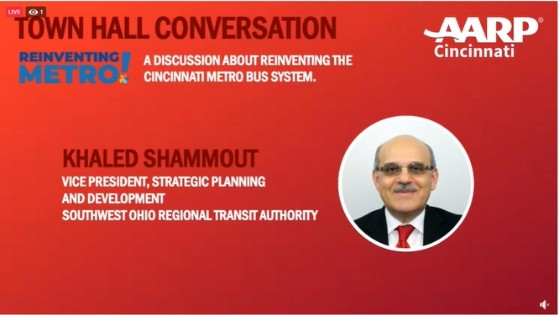 Metro joined AARP Cincinnati on March 18 for a tele-town hall about the Reinventing Metro plan. Hear how the improved service will benefit older residents and how Metro’s Access program, which serves people with disabilities, will also expand with more small buses and destination options.