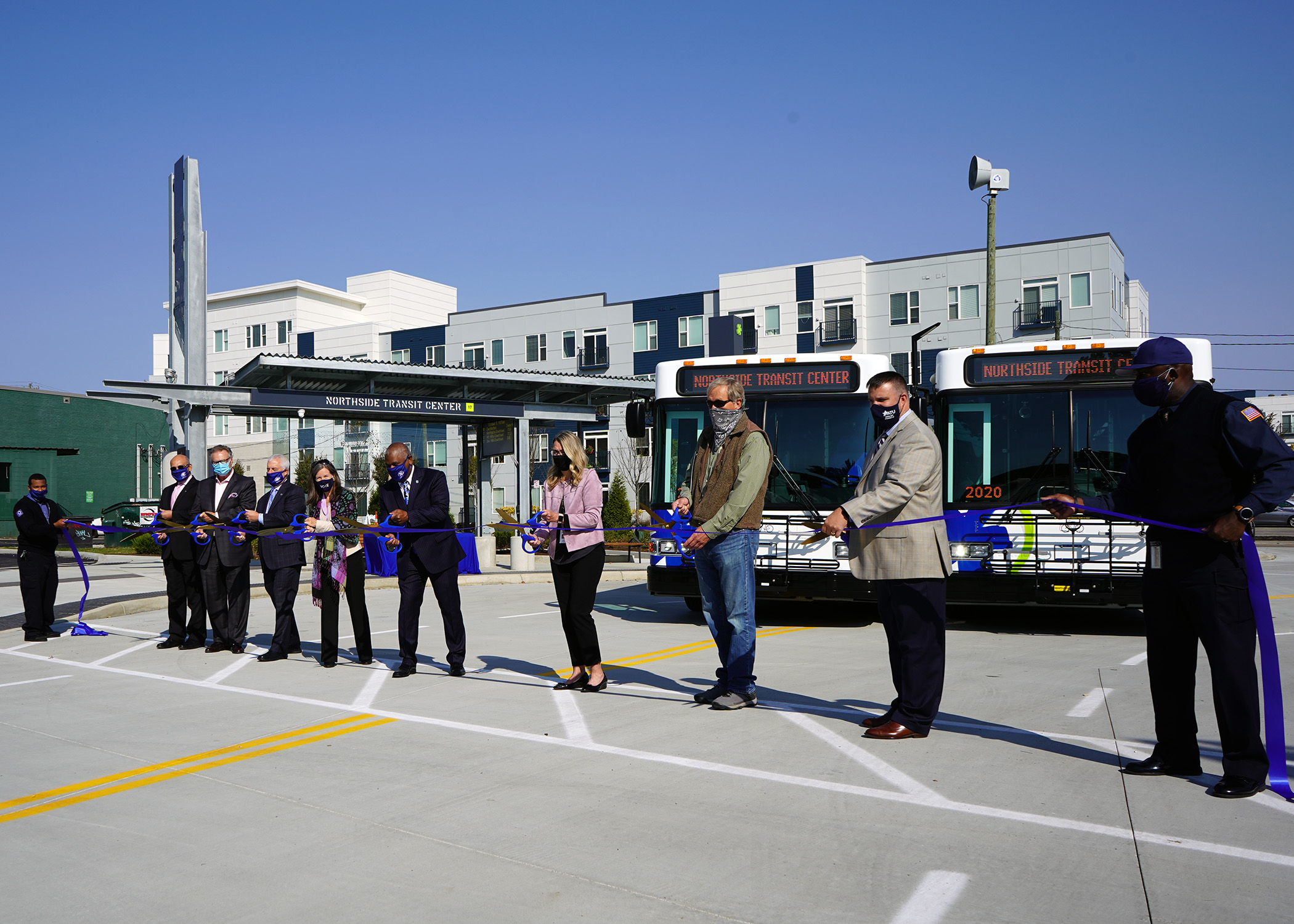 CINCINNATI – Better connections to jobs and entertainment; enhanced customer amenities; and a new Park & Ride were all things to celebrate during the grand opening of Metro’s new Northside Transit Center today.

The Northside neighborhood is the second-highest transfer location in Metro’s system, second only to downtown’s Government Square. The new center, located near the intersection of Spring Grove Avenue and Blue Rock Street, will help alleviate traffic and congestion along Hamilton Avenue and will be served by eight routes: 15X, 16, 17, 19, 20, 23X, 27 and 51.

The new transit center offers many amenities, including:


“The opening of the Northside Transit Center is a big step in making Metro safer and more convenient while contributing to the economic vibrancy of Northside,” said Darryl Haley, Metro CEO & General Manager. “This critical connection point in our region is a great addition for the Northside community and the many riders who use our service to travel to and through the area. It’s just one of the many ways we’re working to reinvent Metro with amenities that make using public transportation easier and more attractive.”

During the event, Metro unveiled artwork at the transit center designed by winners of the transit agency’s art contest for Northside residents. The artwork includes Claire Darley’s “Host,” Matthew Grote’s “Home,” Shane Hatfield’s “Bussin’ to N*Side,” Amanda Nurre’s “Great Aunt Pat,” and 11-year old Zosia Vogan’s “Mind of Northside.” The contest was launched to add a special Northside touch to the center’s design. Residents were asked to submit artwork following the theme, “What does Northside mean to me?” Learn more about the artists and their artwork at go-metro.com/ntc-art.

Members of the public are invited to walk through the center today (masks required) before bus service begins on Wednesday, October 7. Metro will celebrate the transit center’s opening all week long on social media with special promotions and giveaways.

The transit center was designed by MSA Architects and constructed by Graybach. It was created in partnership with the Federal Transit Administration, Ohio Department of Transportation, OKI Regional Council of Governments, City of Cincinnati and the Northside Business Association.

Learn more about the Northside Transit Center at go-metro.com/northside-transit-center.

Metro is a non-profit, tax-funded public service of SORTA, providing about 13.5 million rides per year. Learn more about Metro at www.go-metro.com.
Return
View all news articles