Four Cincinnati Metro employees were honored with Excellence Awards 2020 from the Ohio Public Transit Association (OPTA), which advocates for public transportation and provides services for the 63 transit systems in the state of Ohio. 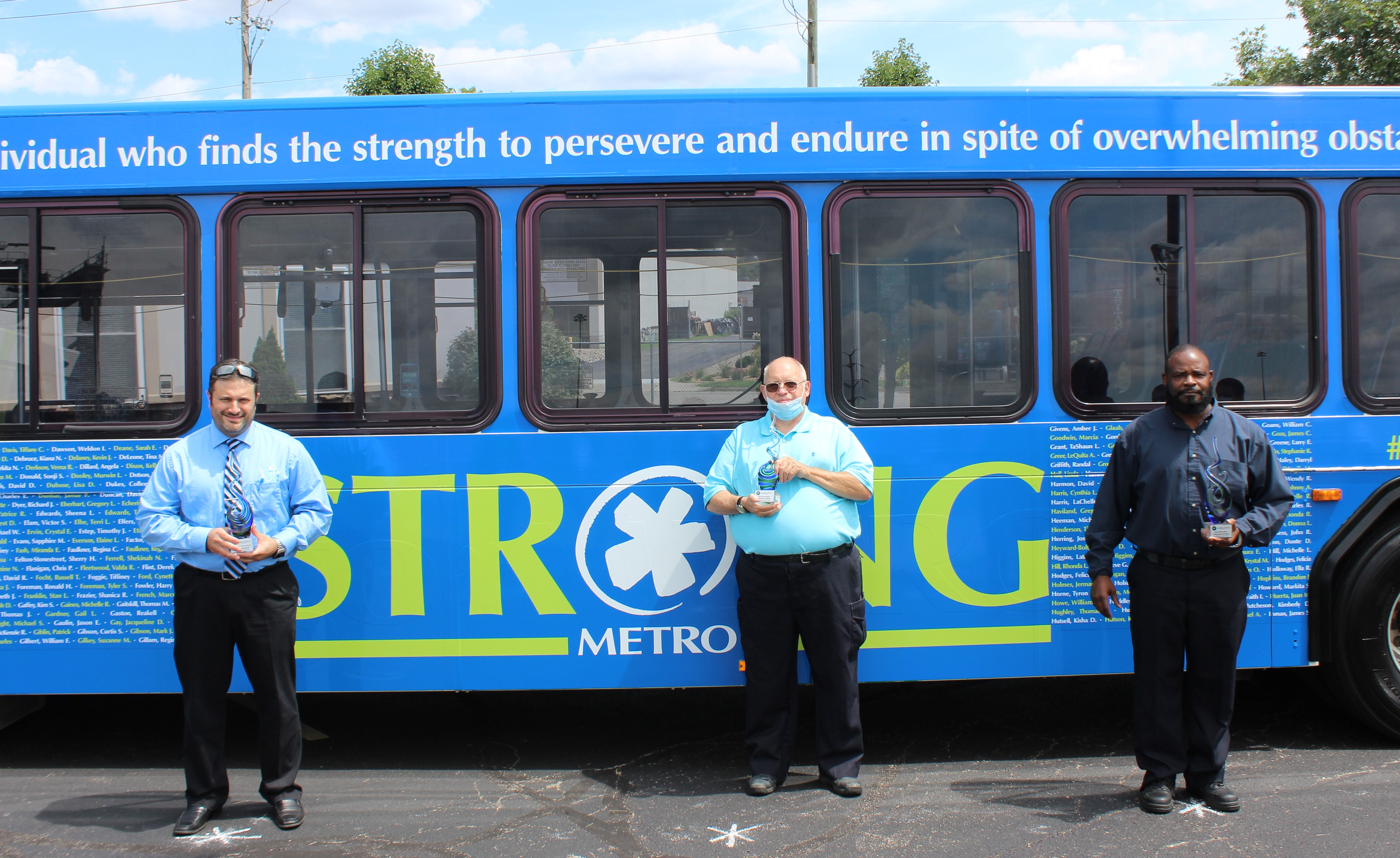 CINCINNATI – Four Cincinnati Metro employees were honored with Excellence Awards 2020 from the Ohio Public Transit Association (OPTA), which advocates for public transportation and provides services for the 63 transit systems in the state of Ohio.

The awards are bestowed on individuals and organizations who have exemplified leadership and advocacy for public transit in Ohio.

“Each of the recipients have exemplified leadership in Ohio’s public transit industry and their commitment, work, actions and passion deserve to be celebrated,” said OPTA Executive Director Matt Carle.

Metro Director of Fleet and Facilities Jeff Mundstock was honored with OPTA’s Four Under 40 Award, which recognizes the contributions of transit professionals and stakeholders under the age of 40 to celebrate the future of transit in Ohio. Mundstock’s achievements leading the revision and implementation of an improved maintenance apprenticeship program, creating a pilot four-day work week for technicians and supervisors in Metro’s heavy repair division and body shop, managing the design and acquisition of new buses, and leading the procurement and installation of new safety features for Metro’s fleet.

Metro Transit Operator Antonio McClendon received the OPTA Community Impact Award, which honors transit employees who have had a significant impact in their community. McClendon was recognized for his heroic actions while on the job on August 17, 2019, when gunfire broke out in Cincinnati’s North Avondale neighborhood and the bus he was operating was caught in the crossfire. When a passenger was struck by a stray bullet, McClendon immediately leapt into action by using his radio to call for help and driving the bus directly to the University of Cincinnati Medical Center Emergency Room. Although the passenger succumbed to his injuries, McClendon did everything in his power to try to save his life and may have saved others when he rushed multiple passengers who were waiting at the bus stop on board, speeding them away to safety.

Metro Transit Operators Reginald Brown and Steven Rolfes were honored with OPTA Milestone Awards, which honor individuals or transit agencies reaching significant milestones in the transit industry. Brown and Rolfes were both honored for achieving more than 30 years of service to Cincinnati Metro. In June 2019, both operators were inducted into the National Safety Council’s prestigious “Two Million Mile Club” for driving two million miles each without an accident. Two million miles is like driving to the moon and back four times without an accident and is a feat achieved by only a tenth of transit operators nationwide over the course of their career.

“Each of the team members honored today are leaders and reflect the commitment to excellence and service that our workforce brings to the community each and every day,” said Metro CEO and General Manager Darryl Haley. “They are the reason our community has confidence in us and we are proud to have them on the Metro team.”