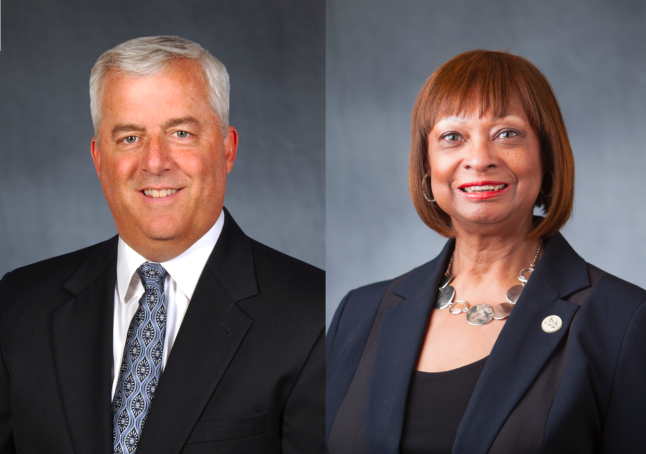 CINCINNATI – The Southwest Ohio Regional Transit Authority (SORTA) has re-elected Kreg Keesee as the chair and Gwen Robinson as vice chair of the SORTA Board for 2020.

Kreg Keesee: Keesee is the chief supply information officer for Michelman, Inc. and has more than 20 years of experience in the graphic arts and consumer products industries. Prior to this role, he held positions in Sun Chemical’s graphic services, supply chain, information technology and strategic planning departments. He most recently served as vice president of graphic services. He started his career as a commercial lender with Michigan National Bank and spent eight years working in Procter and Gamble’s food and beverage division. He received his degree in economics from the University of Michigan and his MBA from the University of Michigan Business School. Mr. Keesee, his wife, Shannon, and two children live in Hyde Park. He joined the SORTA Board in 2014.

Gwen L. Robinson: Robinson formerly served as President/CEO for the Cincinnati-Hamilton County Community Action Agency, a position she held since 1995. She is a co-founder of Every Child Succeeds and member of many boards, including the State Community Action Association, Hoxworth Advisory Board, Downtown Cincinnati Inc. (DCI), the Public Library Foundation Board, the Cincinnatus Association, the Public Benefit Board for the State of Ohio, and the Fifth Third CRA Board. She was the first African-American President of the Cincinnatus Association. Ms. Robinson has received many awards, including the 2010 Profile in Courage, The Cincinnati Enquirer 2006 Women of the Year, Leading Women of the Year, YWCA Career Women of Achievement, Ladies of

She lives in Springfield Township with her husband and has two adult sons. She joined the SORTA board in 2012.


About SORTA: The Southwest Ohio Regional Transit Authority (SORTA) is a tax-supported, independent political subdivision of the State of Ohio. SORTA is governed by a 13-member Board of Trustees, with seven trustees appointed by Cincinnati City Council and six appointed by Hamilton County.