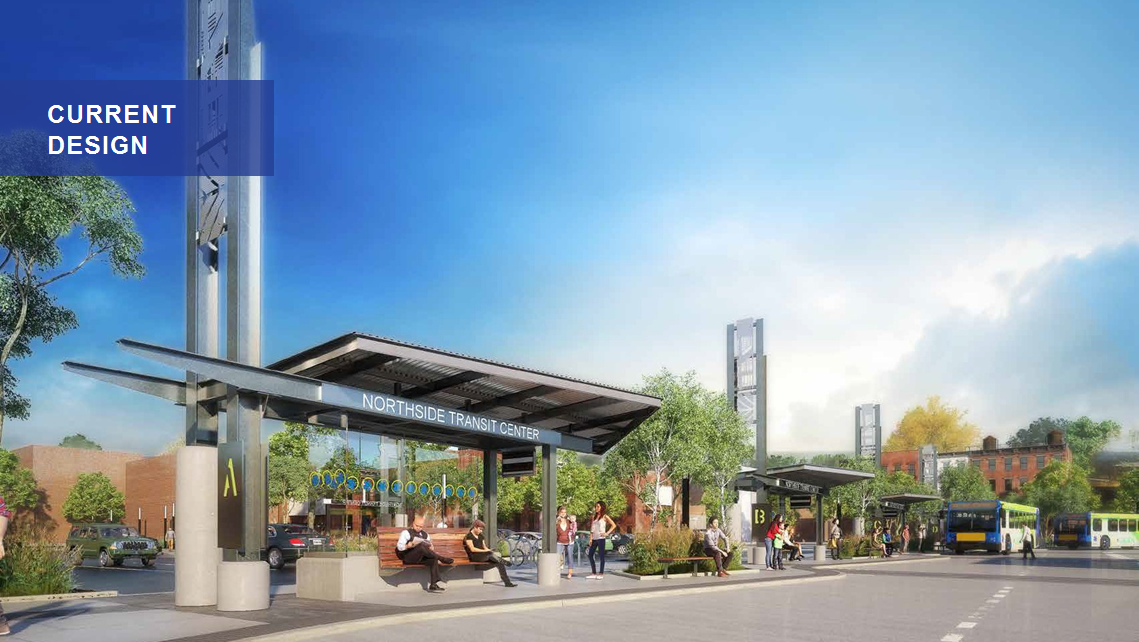 The Southwest Ohio Regional Transit Authority (S.O.R.T.A.) Board of Trustees voted to approve a contract to build a new transit center in Northside to provide improved transit service and customer amenities during its Sept. 17 meeting.

The construction of the project was awarded to Graybach and will be located near the intersection of Spring Grove Avenue and Blue Rock Street.

Northside is the second highest transfer location in Metro’s system, second only to Government Square downtown. The new center will also help to alleviate traffic and congestion along the busy Hamilton Avenue as it serves eight Metro routes: Rts. 15X, 16, 17, 19, 20, 23X, 27 and 51.

Features of the Northside Transit Center will include:

“Everything we do at Metro is aimed at providing the best possible service to our riders and the community,” said Darryl Haley, Metro Interim CEO. “The new Northside Transit Center will help us better serve the Northside community, while making using Metro safer, easier and more convenient.”

Construction is scheduled to begin in October 2019, with the opening tentatively scheduled for Summer 2020.

The project was designed by MSA Architects and was created in partnership with the Ohio Department of Transportation, OKI Regional Council of Governments, the City of Cincinnati and the Federal Transit Administration.

The construction of the project is approximately $3.7 million, which is funded with 80 percent federal funds, as well as local match funding. This project is a great example of how Metro brings in federal funds to improve the local economy.