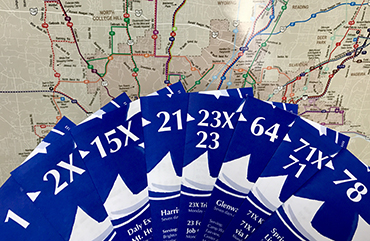 Riders at stops being removed as part of Phase II will see a sign like the adjacent example and should plan to board and exit the bus at the next closest stop.

Metro’s FAStops “bus stop balancing” project was created to address customer feedback identifying faster trip times as one of the top priorities they wanted Metro to improve. The project began in June 2018 with a system-wide evaluation of Metro’s 4,000+ regular service bus stops and aims to speed up trip times, improve service reliability and allow for the agency to make improvements along routes by streamlining bus stop placement. Each stop was assessed based on its location -- ensuring stops aren’t too close together -- as well as its usage, amenities, safety and accessibility.

Throughout July and August, Metro held several public information meetings about the proposed changes at locations throughout the community. Riders looking to provide their feedback about the project may still do so here.