S.O.R.T.A. BOARD TO HOLD EVENING MEETINGS 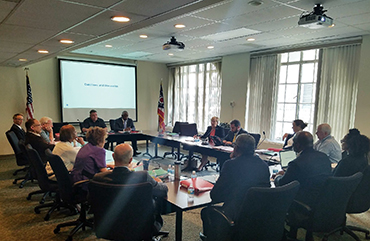 The Southwest Ohio Regional Transit Authority (SORTA) Board of Trustees will hold its next meeting on March 20 at 6 p.m. at Metro’s Administrative office, 602 Main St.,12th Floor, Cincinnati, OH 45202.

Board meetings will now rotate each month between 8:30 a.m. and 6 p.m. in order to make it easier for members of the public to attend. The board meets on the third Tuesday of every month.