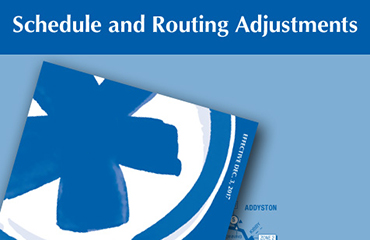 The following routes will see routing and/or running time adjustments:

Rt. 28 East End - Milford & Rt. 29X Milford Express
The Rt. 28, now called East End - Madisonville, will run weekdays only. The route is no longer interlined with the Rt. 50, and will service downtown, Fairfax, Red Bank Road, and the layover at the Kenwood Loop in Madisonville. At the request of customers, five trips will be added to the Rt. 29X daily, including one later morning inbound trip and one earlier outbound afternoon trip.

Rt. 49 Fairmount - English Woods
The Rt. 49 routing has changed and will no longer serve Findlay Street or Central Avenue (North of Ezzard Charles). The 49 will now serve Kenner Street and the Museum Center.

Rt. 50 Sayler Park
The Rt. 50 is no longer interlined with the Rt. 28 and will run on weekdays during the morning and afternoon only. The routing has been altered and will no longer service State Avenue or 8th Street. The Rt. 50 will use River Road to the 6th Street Viaduct in and out of downtown.

Ride “EZ-ier” with Cincy EZRide & Cincy EZAlerts
Pay your bus fare on your smartphone with the FREE Cincy EZRide app, available on Android and iOS. Plus, now with the new Cincy EZAlerts, you can get detour and service alerts for the routes you ride by text or email.