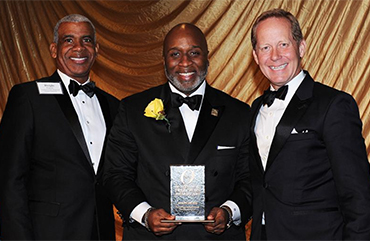 CINCINNATI – Jason Dunn, chairman of the Southwest Ohio Regional Transit Authority (SORTA), has been named a 2017 Outstanding Director by the Cincinnati Business Courier.

He was one of seven Cincinnati-area executives recognized for their exceptional leadership, courage and success on boards of businesses and nonprofits in Greater Cincinnati.

Dunn has served for five years on the SORTA board, overseeing Cincinnati Metro bus service. As chairman, Dunn has been instrumental in advocating for an improved and sustainable funding model to ensure the transit system’s continued success. He also established the Metro Futures Task Force, reaching out to civic and business leaders to involve them in shaping the direction of Metro, and the Women on the Move transit forum, which helped to address the unique needs and concerns of female riders.

Dunn is also vice president of multicultural sales and community development at the Cincinnati USA Convention and Visitors Bureau.