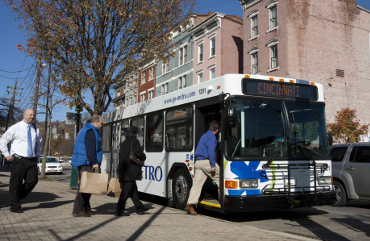 These changes are projected to increase ridership by about 34,000 rides per year and reduce costs by about $470,000.

“As we reinvent Metro, we are taking steps to increase productivity and attract more riders,” said CEO Dwight A. Ferrell. “Making changes in how we provide service is important as we prepare for significant budget deficits beginning in 2019.”

A public meeting was held on Wednesday, Aug. 23 to receive public comments about the proposed route changes. In total, 156 comments were received through email, online survey, written survey, and the public meeting.

In addition, a federal Title VI equity analysis was performed to assure that there are no disparate impacts on minority populations and no disproportionate burdens on low-income populations. As a recipient of federal funds, the Southwest Ohio Regional Transit Authority is required to conduct this analysis for major service changes. No disparate or disproportionate impact was found for these service changes.

The SORTA Board approved the route changes at its Oct. 17 meeting.