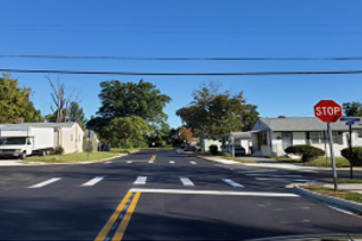 “The Transit Infrastructure Fund is a critical piece of the Reinventing Metro plan,” said CEO and General Manager Darryl Haley. “This year’s recipient’s projects reflect pedestrian safety improvements, the addition of bike lanes, trails and fiber optics, as well as bridge repairs – all which go to ensure a future-focused, multi-modal community for all commuters in our region. These projects will become a reality, thanks in part to these funds and represent another step on our path to transform our region.”

The TIF was created through the successful passage of Issue 7 in May 2020, which established a 0.8% sales tax levy to support Metro bus operations as well as fund infrastructure improvements within Metro’s Hamilton County service area. One-quarter of that revenue (0.2%) goes into the infrastructure fund each year to be used to fund transit-related infrastructure projects such as roads, sidewalk and bridges within the county.

In addition to the roughly $8 million the TIF will provide annually for the Western Hills Viaduct replacement over the next 25 years, this year’s grant recipients include the following projects:

The Transit Infrastructure Fund program is administered by SORTA staff. Applications were scored by an evaluation committee, with final approvals of selected projects granted by the OPWC District 2 Integrating Committee.

For more information regarding the Transit Infrastructure Fund and to learn more about this round of grant recipients, visit www.go-metro.com/transit-infrastructure-fund.
Return
View all news articles