Anderson will take a primary role in bringing the Reinventing Metro plan to fruition. 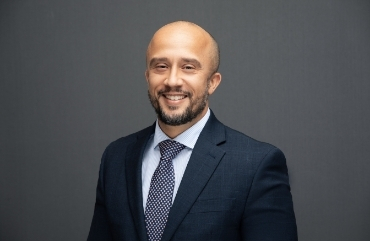 CINCINNATI – Metro has named Steve Anderson its Director of Transit Development and Innovation. In this role, he will lead several initiatives for the Southwest Ohio Regional Transit Authority (SORTA), including taking a primary role in bringing the Reinventing Metro plan to fruition.

Anderson is responsible for the development of Reinventing Metro, including planning and scheduling, as well as bus stop infrastructure. He will also lead Bus Rapid Transit planning and development and the introduction of innovative Mobility on Demand services.

Anderson is a seasoned transit professional with nearly 15 years of strategic planning, fixed-route scheduling, and capital development experience. Before joining Metro, he was the Director of Transit Planning at Palm Tran in Palm Beach County, Florida. At Palm Tran, Anderson led initiatives to improve customer experience and overall efficiency. Prior to Palm Tran, Anderson was a transit planner at the South Florida Regional Transportation Authority, developing both the bus and rail system. His accomplishments include serving as the Project Manager for the Palm Tran Route Performance Maximization initiative, its first fixed-route network redesign in decades.

Anderson holds a Master of Urban and Regional Planning and a bachelor’s degree, both from the University of Florida. He has been an AICP (American Institute of Certified Planners) certified planner since 2012. Anderson also has previously served as a Transit Cooperative Research Program ambassador and board member.