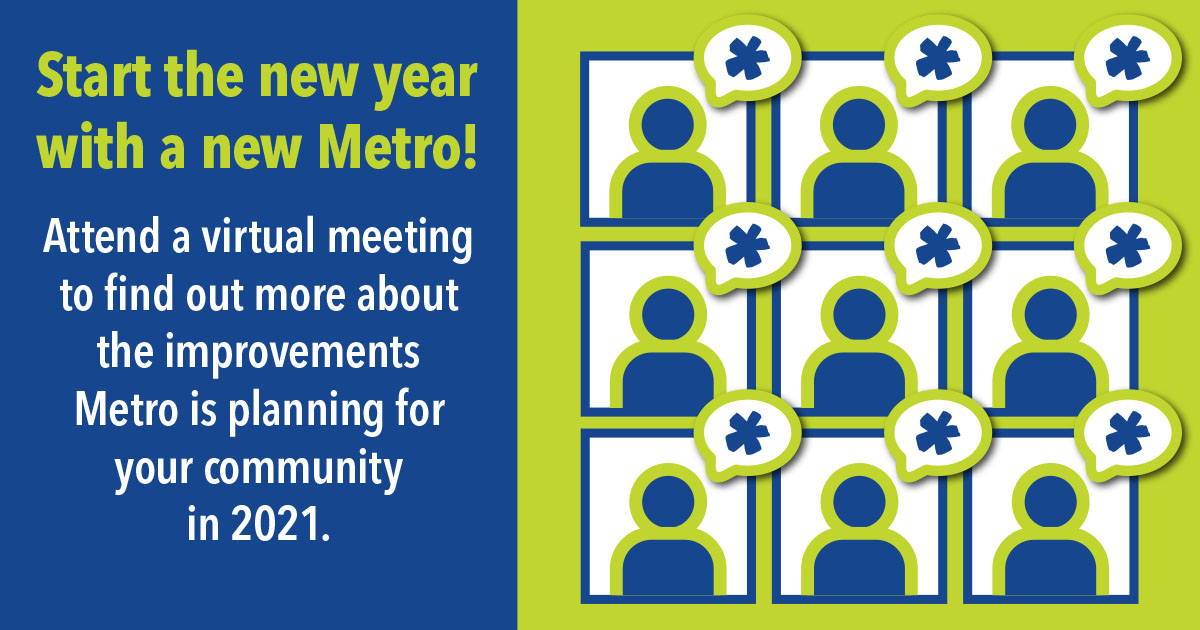 CINCINNATI – Beginning January 12, Metro will hold seven virtual community meetings to update the public and to collect feedback on the service improvements going into effect in June 2021 and beyond.

The community is invited to attend a virtual meeting to learn more about each route improvement on the below dates and times:

Learn more about the Reinventing Metro plan at go-metro.com/ReinventingMetro.