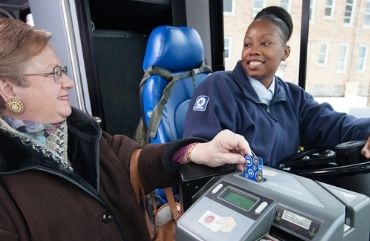 CINCINNATI – Metro is holding a public meeting to receive comments from the community regarding a proposal to simplify its existing fare structure as part of the Reinventing Metro plan to make riding even easier.

The public meeting will be held on Wednesday, Nov. 18, 2020, between 3-8 p.m. at the Duke Energy Center, 525 Elm St., in the Junior Ballroom. Out of concern for health and safety, Metro requests the public’s cooperation with adhering to strict safety protocols, including wearing a mask or facial covering, six-foot social distancing, and using hand sanitizer upon arrival. Admittance to the room will be strictly controlled to maintain safe capacity levels. If you are ill or experiencing symptoms, please do not attend this meeting.

A virtual presentation also will be streamed on Metro’s Facebook page at facebook.com/GoMetro at 3:00 p.m. on Wednesday, November 18.

Full details of the proposal and answers to FAQs are available at go-metro.com/fare-simplification.

If approved by the Southwest Ohio Regional Transit Authority (SORTA) board, the fare structure would take effect March 14, 2021.

All comments received by Nov. 18, 2020, at 8:00 p.m. will become part of the official public record and will be considered by SORTA. In addition to the public meeting, comments may be submitted in the following ways: