The Metro Veterans Program (MVP) is Metro's way of saying, “You served for us, now let us serve you." 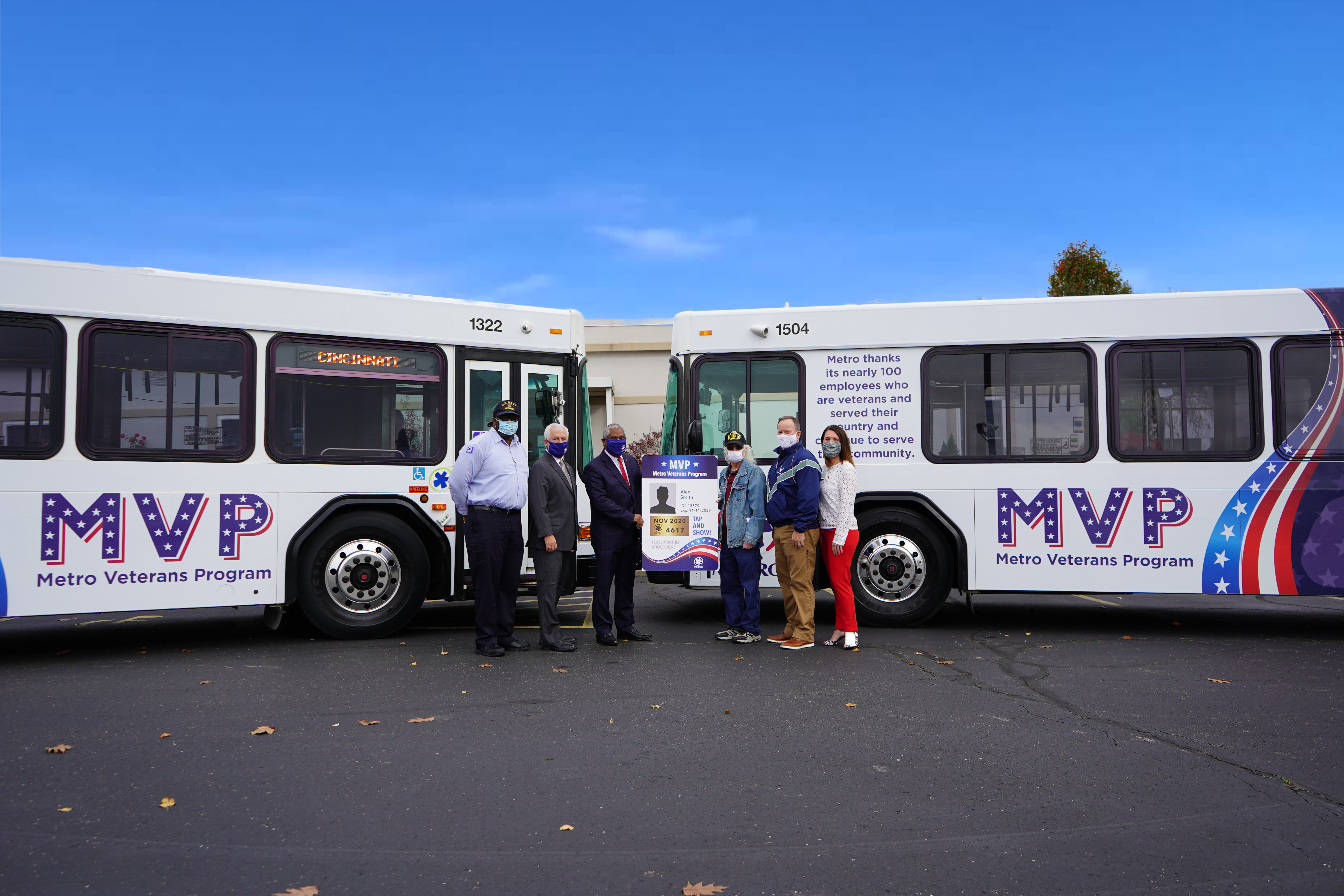 CINCINNATI - Metro is commemorating Veterans Day with the launch of the Metro Veterans Program (MVP). MVP is a discount program for military veterans and active-duty military personnel, including the National Guard and Reserves. The program is Metro's way of saying, “You served for us, now let us serve you” through half-price fare on all Metro rides.

“The Metro Veterans Program is our small way of saying thank you to our region’s veterans and active-duty military for their sacrifice, bravery and commitment to serving and protecting our country,” said Darryl Haley, Metro CEO and General Manager. “There are at least 54,000 veterans living in Hamilton County, and Metro wants each and every one of them to be able to access jobs, health care and any other services they need.”

Once veterans and military personnel sign up for the program and provide valid proof of veteran or active-duty status, they will receive an MVP card. This "tap and show" smart card will allow MVP participants to ride Metro for half fare. Participants are also eligible to purchase a monthly sticker for unlimited rides on any Metro route for half-price ($38.50 per month).

“Our Community One Source hotline has had 470 calls from veterans asking for help, and more than half – 250 calls – were about transportation. Transportation hurdles can be a huge barrier to employment,” said Chief Master Sgt. Robinson, a 30-year veteran of the U.S. Air Force. “The cost savings from the Metro Veterans Program can give a veteran with a modest income back the equivalent of a day’s wages – money that can be used for food, medicine or utilities."

To learn more about the Metro Veterans Program and how to enroll, visit go-metro.com/mvp.