Metro is proposing an across-the-board fare simplification that will make the bus system easier to use.

Metro’s current fare structure is very complex, featuring six fare zones with corresponding fare products for each zone. With the passage of Issue 7 by Hamilton County voters, assuring funding for the Reinventing Metro plan, Metro is proposing fare simplification that would take effect March 14, 2021, subject to SORTA Board approval.

Here is a chart comparing the current and proposed fares: 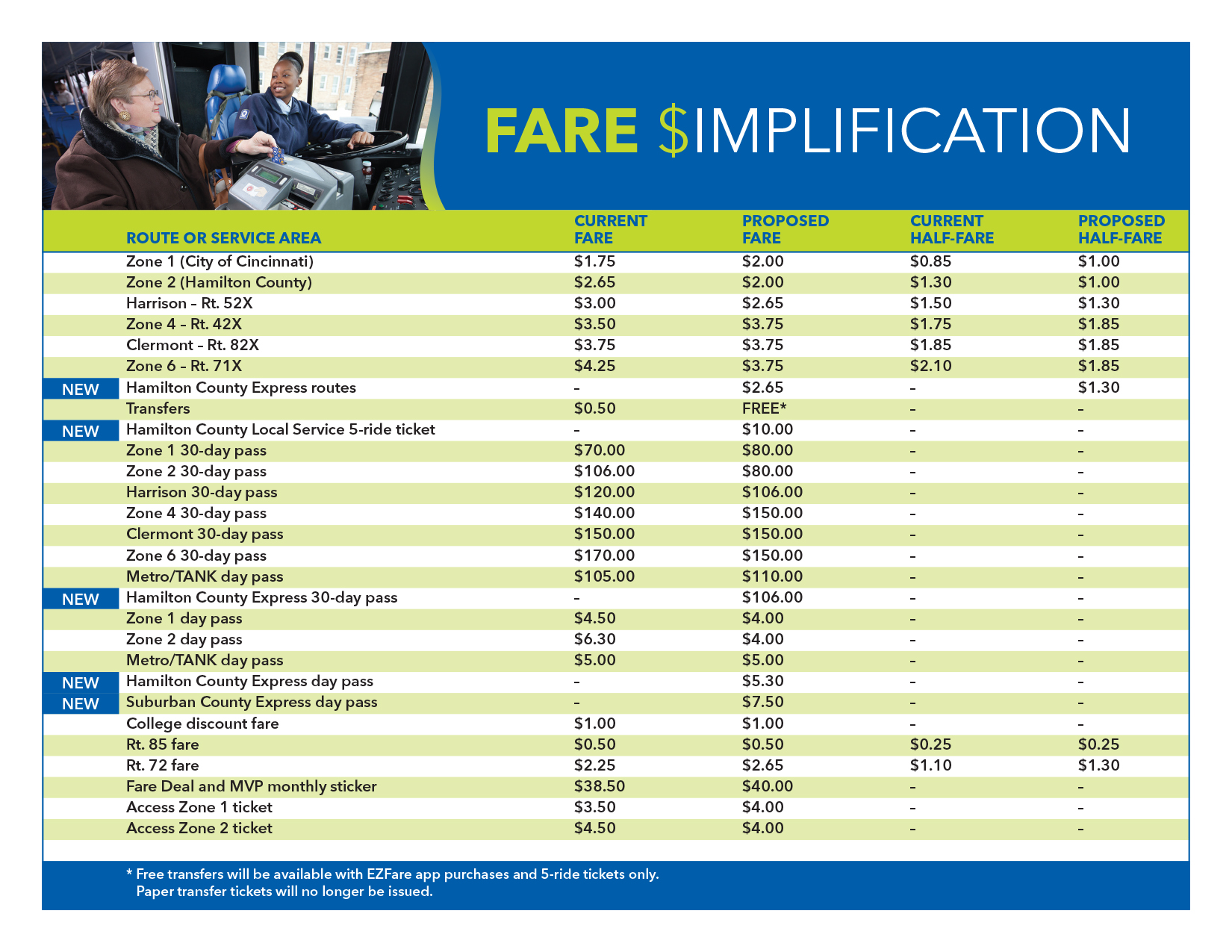 
The following routes will be re-designated from express to commuter service with a $2.00 one-way fare:

The comment period is now closed. All comments submitted by Nov. 18, 2020, are now part of the public record and will be considered by SORTA.