Where would Cincinnati BRT go?


Reinventing Metro will implement BRT on two of the following four possible corridors: 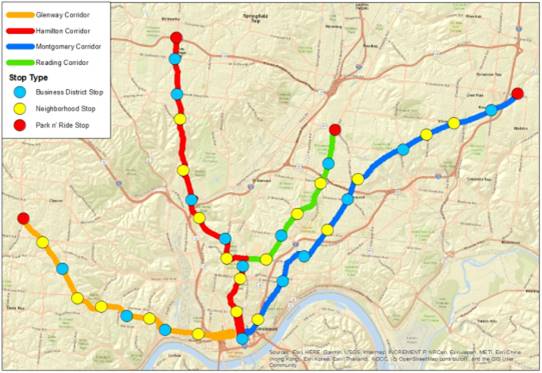 Where does BRT already exist?


Nearby transit providers that utilize BRT include Cleveland, Indianapolis and Pittsburgh. Other examples throughout the U.S. include Boston; Houston; Minneapolis; Hartford, Connecticut; and Las Vegas among numerous others. A new BRT system will soon debut in Milwaukee.

How does BRT benefit the economy?